Stem Cells Cure Diabetes. To Kiev Only for Single Injection

Kiev Institute of Cell Therapy (ICT) is a place rather popular among foreigners. And it is easy to explain: in spite of that the study of the stem cells is of a worldwide scale, only in very some of states their wide use is legislated. Besides treating legally, Ukraine also is recognized as an advanced technologies developer in this area. They come here for therapy as individually and in groups. For example, 25 persons from China just left the comfortable wards of this private clinic. Most of them were treated against diabetes. 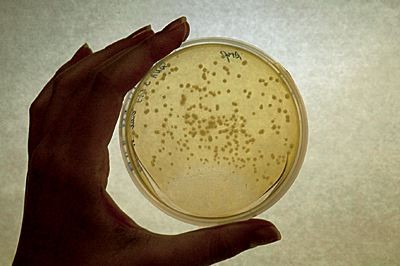 To let sugar penetrate into the cell

At the present time more than 100 diseases are treated with the stem cells. Most often patients come here to get rid of liver and pancreatic diseases.  Such disease as  diabetes mellitus type 2 lead to Kiev ICT a great number of people from the East known as passionate admirers of sweets. Very often the Chinese come here – in “Celestial Empire” there is a tendency for diabetes to become a real epidemic. The practices of Kiev ICT showed that in case of the diabetes mellitus type 2 the efficacy of transplantation of the stem cells give significantly great results – up to 97% of recovery!

“We undertake treatment of diabetes mellitus type 2, working with patients who have an excess insulin in blood but the cells are insensitive to it. Our main goal is to make effective the work of insulin in the organism’, — explains Dr. Nikolay Sokolov, Kiev ICT Deputy Director for Medical Affairs, Candidate of Medical Sciences.

A few basic words about diabetes just to begin with. The essence of the disease is in loss of sensitiveness of  tissues to insulin. The pancreatic gland produces its sufficient amount but the cells of the peripheral tissues – muscular and fatty – become insensitive to the stimuli of the insulin production. It is a hormone which makes channels to open to let the glucose penetrate into the cell for energy producing. If the mechanism is broken the glucose remains in blood, rising in its amount and the glucose toxic affecting develops first of all at vessels and nervous fibres.

What is the principle of the stem cell functioning in case of the insulin diabetes? It operates multilaterally. The first aspect – the stimulation and maintenance of the pancreatic gland functioning over limit; the second aspect – the renewal of the cell receptors sensitiveness to the action of insulin; the third aspect – its influence like an angioprotector protecting the vascular walls from the insulin and glucose harmful influence; the fourth aspect – providing of the immunity stimulating effect. In one word, the influence is complex.

To get an injection and to recover

As a rule, the course of treatment is of 6 days. And it implies… a single introduction of the whole dose of stem cells intravenously. “And that’s all? – You will ask. – And what about complex manipulations? And what for a patient stays at clinic during the whole week?”

“The stem cell functions in a complex with medications aimed at a basic disease treatment. On the first day of patient’s staying at the clinic we do a screening diagnostics of an organism. Based on the obtained results we determine an optimal supporting therapy which a patient will get before and after introduction of stem cells, — Dr. Nikolay Sokolov explained. – Also to improve the cells functioning in an organism it must be a sufficient amount of macro- and microelements. For that very reason we prescribe general tonic medicines – hepatoprotectors, antioxidants, vitamins. Thus, during 4-5 days we prepare an organism for the optimal reception of the stem cells”.

The therapeutic process is being held by the intravenous method, in the morning and in the evening. In order to prevent a foreigner feeling dull,  at the Institute clinic they will offer him a massage course, physiotherapeutic treatment, rejuvenating placental masks. By the way, the Arab men adore this procedure.

The therapy complex includes an obligatory course of insulin diabetes school, because an unhealthy lifestyle and bad habits is a direct way to this disease.

Both scientifically and ethically

At present time the stem cells assimilate really well: statistics shows the efficiency of treatment of 97%. There are broad opportunities to find suitable cells: Kiev ICT possesses its own Cryobank for storing of umbilical cord blood and placenta extractand carries out an active research work as well. Cryobank has `necessary international certificates of correspondence.
Before storage the cells pass testing, typing, dividing not only according to blood groups but according to sex criteria as well. It is essential in treating of certain diseases.

“In most cases the way of treatment is the same – with a dropper. The direct introduction into a sick organ has being practiced from time to time but it is a passed step for science, — the scientist asserts. – The very time proved the greatest efficiency is obtained by means of the intravenous introduction in case of any pathologies. The case is that a sick organ produces in blood those substances which cause the stem cells to react at. And a simple delivery of “building material” via blood turned out the most productive”.

Nowadays scientists use for treatment cord blood collected after childbirth. It is safe and ethical from the point of view of moral and religious foundations. In the near future Kiev ICT plans to start using the stem cells from the placenta. The large scale research in the leading scientific centers showed that it is the placenta to become the primary source of cells.

It is rather easy to get to Kiev ICT: here is the International Department offering advices concerning to the reasonability of treating of this or that disease. The treatment price is quite competitive – 6-days treatment complex including accommodation at the clinic will cost 12,000 USD. It is four-five times cheaper than in Europe or in the USA.

It is known about stem cells for more than 100 years. At the beginning of XXth century the theory about stem cells in the adult organism was put forward by the  Russian scientist, histologist and embryologist Alexander Maximov (1874-1928). The famous ophthalmologist Vladimir Filatov (1875-1956) with the help of stem cells achieved great results in restoring of the eyesight after operations. But the first works in the world science dedicated to stem cells were published in 1960-70s by the Soviet scientists Joseph Chertkov (1927-2009) and Alexander Fridenstein (1924-1997). The miraculous properties of these cells were personally experienced on themselves by some of Soviet General secretaries.  But the global hype concerning stem cells rose only at the end of 1990s when the American investigators managed to segregate stem cells and proved their ability to turn into any other necessary ones by command. 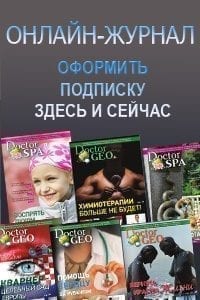